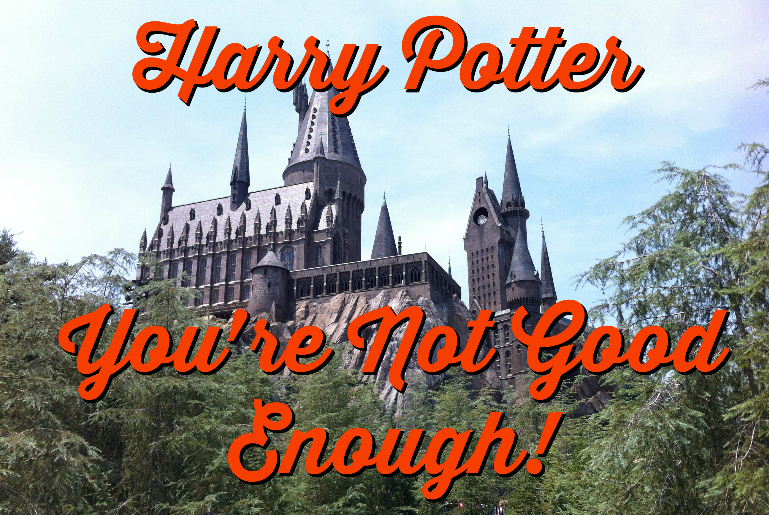 I have been dying to do this tag every since I saw it Laura’s blog (Live Love Read) a long time ago! I haven’t been able to get to until now!

The You’re Not Good Enough Tag was created by ReadLikeWildfire and Beccathebookreviewer! Laura had the idea to make it a Harry Potter edition! 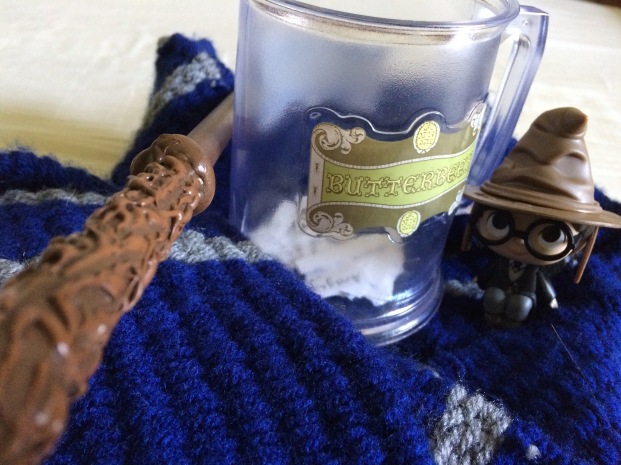 1. You only have one more spot on your Spelling Bee team. Who do you pick to complete your team?

Oh, that’s a weird one! The Sorting Hat knows a lot about sorting, but does it know much else? I think I’ll have to pick Dumbledore for this one. He is smart in a lot of ways.

2. Both characters want to kill you. Which one would you kill first so you have a better chance of surviving?

Yikes! I can’t even imagine George wanting to kill me. It’s really a tie to me, but I think if I had to choose, I would want to take out George first. He is very focused, and Draco seems a little more distractible. 🤔

3. You’re on the bachelor/bachelorette and you’re down to these two characters. Which one are you going to give your rose to?

Ummmmm…. 😬 😅 I’d be running away from that place so fast! Honestly, though, Dudley did seem like he could become an okay person, so I suppose I’d choose him.

4. You’ve been chosen for the Hunger Games. Who would most likely volunteer in your place?

Two very intelligent witches! I know Rowena is very loving and forgiving, but I feel like she has too much responsibility to just run off into the Hunger Games (unless we are talking about her in her youth.) I am going to choose Hermione because I know she is that sweet.

5. You’re stranded on an island with an active volcano. Which character would you throw into a volcano as a sacrifice?

(I actually changed this question because I didn’t want to answer a question about cannibalism. Lol.) Another founder of Hogwarts is up! I really don’t like Petunia, Salazar is smarter (and has magic) for surviving on the island, and volcanic sacrifices are typically female so… Petunia.

6. You’re the next DC/Marvel superhero (with your own T.V. show, of course). Who is your sidekick?

Molly is the logical choice. She is smart, a talented witch, and a loving person. But… I’m actually going to pick Snape because I think that my show would be one of the most interesting/hilarious shows in existence with him as my sidekick. 😆

7. You’re a manager of an avocado-admiring company. Who would you fire for lack of communication skills?

That’s a weird question. Haha. Hagrid would be the absolute perfect person for admiring avocados!! I would have to fire Tonks. She might go along with it for a while (and be a better communicator), but then I think she would get bored.

8. You’ve just finished a book in which your favorite character dies. Which character is most likely to comfort you?

Definitely Lily! ❤ I could just see McGonagall frowning and saying, “It’s only fictional – no need to get that upset. What nonsense.”

9. Ugh, it’s high school. Who would most likely be part of the popular clique?

10. The day has arrived – you’re finally a year older! Who would have the nerve to forget your birthday?

They are both too thoughtful to forget about my birthday! I could see Luna losing track of time and not realizing it was my birthday until a few days later, though.

11. You’ve just found an upcoming booktube star! Who would it most likely be?

I think they would both be adorable booktubers! I pick Newt simply because he has written a book.

12. Sleepover time! Unfortunately, you can only invite one person. Who would you invite?

I think Neville and I would be really awkward together. I pick Fleur because she is more outgoing and has a lot of interesting things to talk about.

13. Bam, you’re pregnant. Who is the father/mother?

Ron because I don’t want to be Harry’s mother. 😆

14. You’ve just written a super important text. Who would see it, but not reply?

Interesting two! Definitely Grindelwald. He would probably enjoy me waiting in angst.

15. You’ve just woken up and it’s time for breakfast. Your mum’s been replaced by… who?!

Ha! I’m moving out! Neither one would care about me, but Kreacher would have to do what I say, so I choose him.

⚔️(I wrote down too many characters, so I decided to make up some random questions! The following questions are not part of the original tag.)⚔️

16. It’s Valentine’s Day, and you’ve received a box of chocolates. Which of your secret admirers sent it?

Oh dear. Neither! Haha! Since Vernon is a married man, I’m going to go with Filch. (The chocolates were probably poisoned. 😝)

17. You’re heading on a two-week road trip, and you have to take someone with you. Who would it be?

A cat cooped up in a car for two weeks? No, thank you! I think Lupin and I would get along quite well (as long as there wasn’t a full moon on our trip).

18. The Avengers are recruiting and asking you to make the final choice. Which person would you choose?

This is the story, my friends, of why the Avengers and I are no longer on speaking terms…🙃 Haha! I suppose I would have to choose Quirrell. He has the ambition and the magic.

Did you make it to the end? Thanks for reading! I really appreciate it! This was super fun to do! Would your answers have been different from mine?

Thanks, again, for reading!

“Differences of habit and language are nothing at all if our aims are identical and our hearts are open.”